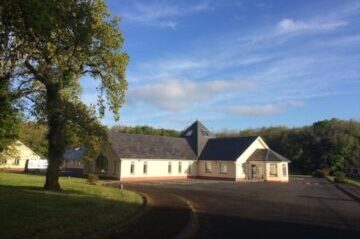 This is an opportunity for those who have already done several ten day retreats to deepen their practice by taking part in a longer retreat. It is deliberately being held in winter when the surrounding woodland at Kilkuan Retreat Centre in Clarinbridge is quiet and least exciting. Each of the 16 participants will get their own en suite room. The teachers will take it in turns to lead the retreat, providing daily reflections and meditation guidance that will assume the foundations are already there. There will also be one to one interviews with the teachers.

Registration for this retreat will be from 10am on the first Saturday and the retreat will start at 11am. It will finish after lunch at 1pm on the last Saturday. You have to attend the whole retreat.

The retreat will be held in Noble Silence and participants will be keeping the Eight Precepts. To find out more about coming on retreat please see here: http://www.sunyatacentre.org/coming-on-retreat-at-sunyata/.  To book a place, or to make enquiries, please write to [email protected]. This retreat is only open to people who are mature in their meditation practice, who have done at least two 10 day retreats with Sunyata (or similar) and are either known by the teachers or by other teachers in this tradition. We will send you a link to the registration form and more information by return.

This retreat is offered on a donation (dana) basis. At the end of the retreat there will be an opportunity to give a donation towards the hiring the facilities and our other costs. Any excess will go to future retreats and Sunyata Retreat Centre to help with their running costs. The teachings are free. The donation can be made at the retreat, or on-line using this link: Donation  (choose the ‘sending to a friend’ option, so that no fee is deducted). Nick Scott has been teaching short and long retreats for 25 years with the endorsement of senior monks in the Thai Forest tradition. His teaching is wise and humorous, and illustrated with personal stories and insights from 45 years of meditation, including long solitary retreats and residing for 10 years at Chithurst Buddhist Monastery in England. He is the author of several Buddhist travel books recounting adventures with Buddhist monks. These can be downloaded for free at: www.nickscottbooks.com. Nick is by profession an Ecologist working for environmental charities. He now lives with his partner, Micheline, in Co Galway. Pádraig Cotter has been practicing meditation for over twenty years, attending many retreats at centres and monasteries in Europe and Asia.  He has practiced within various spiritual traditions including Christianity, Advaita Vedanta, and various schools of Buddhism, all of which continue to influence him.  Since 2009, he has been a volunteer at Sunyata Buddhist Centre where he was manager in 2011-2012.  He began to teach retreats in 2016.