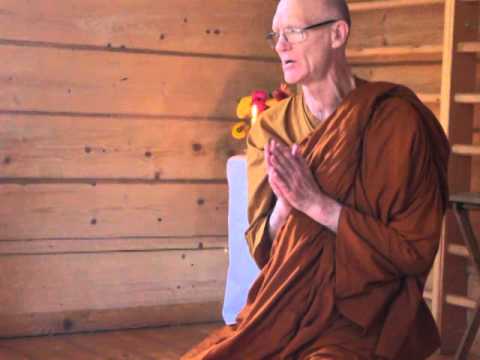 We are delighted to welcome back Ajahn Dhammanando who has been teaching retreats annually at Sunyata for many years.

Registration for this retreat will be from 4pm on Friday the 17th of April with soup served at 6.15.

The retreat will begin at 7pm with a short orientation talk and will end at lunchtime on Sunday the 19th.

It is necessary to attend all of the retreat.

It is possible to arrive a day or two early and help out with preparation for the retreat. If you would like to do so please let us know in advance.

To find out more about coming on retreat please see here: http://www.sunyatacentre.org/coming-on-retreat-at-sunyata/

Like all retreats at Sunyata, this retreat is offered on a donation (dana) basis.

We are asked sometimes for guidance regarding donations towards the centre and we calculate that €45 per person per day meets the ‘break even’ cost for running all of our retreats throughout the year. If one wishes to give more than the guided amount, then that would be very welcome. All donations are anonymous.

Participants are asked to abide by the eight precepts as outlined below. The following of these precepts lead to the establishment of an atmosphere of restraint and and mutual respect among participants which is conducive to meditation.

1. Harmlessness: not intentionally taking the life of any living creature.

2. Trustworthiness: not taking anything that is not given.

3. Chastity : refraining from any sexual activity.

4. Right Speech: retreatants are asked to maintain noble silence, that is not engaging in any talk with each other, or anyone else, unless it is really necessary.

5. Sobriety : not taking any intoxicating drinks or drugs.

7. Alertness: to refrain from overindulgence in sleep.

8. Refrain from eating after main meal around midday. This means that there will be no evening meal served 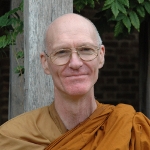 Ajahn Dhammanando grew up in Carshalton, Surrey, a fairly typical suburb of South London. He attended Mitcham Grammar school and went on to study English and History at Keele University in Staffordshire at a time when the curriculum there was broad and multi-disciplinary.

He was aware of certain deep questions, barely articulated, on the inside, however he did not pursue a spiritual quest to find answers as the religions which he encountered in the UK appeared to him only marginally relevant. He was forced to the conclusion that other people must have similar questions but that everyone suppressed them.

It was after graduation on going to Thailand as a volunteer teacher for VSO that he found some initial signposts, although at that time he had almost no understanding of Buddhism. The Thai people lived in a different way and different values were in evidence, all of which he found inspiring. The culture shock on return to the UK was far worse than had been the initial one on going out. He did his best to take up a career and do the conventional things but that shock of return to the West only served to deepen the questions. So it was that, on first hearing the Dhamma from Ajahn Sumedho at Hampstead in January 1982, having been invited to a ceremony there by a Thai student, it began to find a resonance with him. One month later the Thai friend took him down to visit Chithurst Monastery and in Easter that year he joined a 10 day retreat during which both the teaching and the practice succeeded in unlocking doors and opening windows. For the first time ever, those deeper questions had begun to be addressed.

He continued his career as a lecturer in Industrial Language Training but began to spend more time with the Sangha, usually going on brief retreats or giving lifts to monks. In 1984 he helped to establish a meditation group in Northampton and he hosted those senior monks who came there to teach. In 1985 he took a year off work in order to spend time as Anagārika in Amaravati and Chithurst. This experiment extended to 20 months in the end and although he eventually returned to the lay life it was to a different job, teaching in a secondary school in Croydon.

Four and a half years ensued during which he studied for an MA at Essex University, among other things. The realisation gradually dawned that Going Forth was what he really needed to do and that his more worldly interests were of lesser importance. In 1991 he returned to Amaravati to re-ordain as an Anagārika and was happy to spend two years in that role there and in two other monasteries.

In July 1993 he took Upasampada with Luang Por Sumedho at Chithurst and trained initially with Ajahn Sucitto as his Acariya. Between 1997 and 2004 he went on to train in Switzerland, then Italy, followed by a return to Amaravati and then to Chithurst again before going overseas to Australia and New Zealand, spending time in different monasteries in Australia before living two years at Bodhinyanarama in Wellington.

He returned to the UK in May 2007 to be nearer his parents and, ever since then, he has been resident at Amaravati but has also made occasional trips abroad to teach in France, Slovenia and Hungary. Currently he makes regular teaching visits to a local prison in Bovingdon and assists in receiving school groups at the monastery.