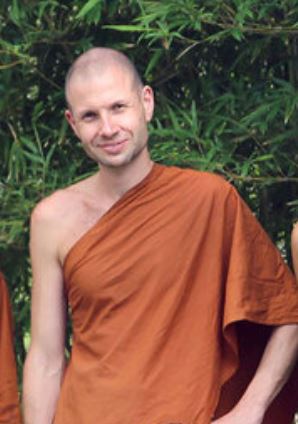 This will be similar to retreats held at Sunyata except online. It is necessary to book at [email protected]

The retreat will take place from 9am to 5pm, with an option for group interaction after 5pm. It is also possible to join the Sunyata daily pujas at 7am and 7pm if you would like to experience a full day of practice.

Ajahn Dhammadharo was born in Melbourne, Australia in 1986 and had his first exposure to Buddhism when his mother gave him a dhamma book and enrolled him in a workshop on Buddhist practice in his final year of high-school. After completing high-school, he was ordained as a novice monk in 2005 at Wat Nong Pah Pong—the monastery of Ven. Ajahn Chah—in Ubon Province, Thailand. He took full bhikkhu ordination the next year at Buddha Bodhivana Monastery, Australia in 2006 with Ven. Luang Por Liem Thitadhammo as his preceptor on both occasions. He then lived at Buddha Bodhivana Monastery for twelve years before returning to Thailand. During the last few years has been back and forth between Thailand and Ireland. He is currently residing, and giving this retreat from Dhammagiri Forest Hermitage in Queensland, Australia.