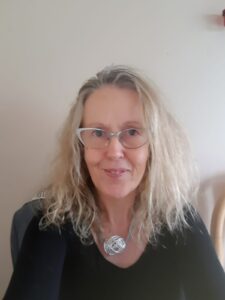 Elaine is originally from Dublin and now resides in County Clare. She has a long standing interest in meditation and in 2013 she began to volunteer with the Sunyata Buddhist Centre. Elaine has a strong affiliation to the Theravadan Thai Forest tradition of Buddhism and the methods used in this tradition has assisted her in developing her own Meditation and Mindfulness practice. Elaine joined the Board of Trustees in 2014. She manages retreats for visiting Monastics, teaches the Beginners Meditation Class and is the current Chairperson of the Centre.

Eileen O’Connor’s interest in meditation grew out of yoga workshops in Dzoghen Beara. Later in 2002 following a Vipassana retreat at Sunyata Buddhist Centre given by Bhante Bodhidhamma she became more interested in the Theravadan tradition and began volunteering at Sunyata helping with administration and managing retreats. She joined the Board of Trustees in 2008 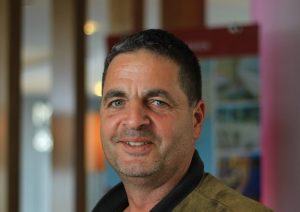 Donal Quirke. With a Buddhist and a meditation practice that spans 20 years, Donal has been a volunteer and member of the Board of Trustees for over a decade. He lives in Tipperary where he works as a yoga teacher and is a founding teacher of YOGABODY Ireland. 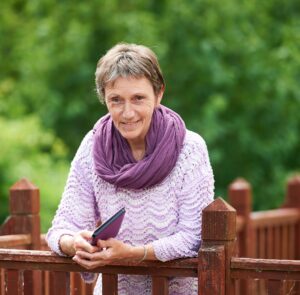 Heike Griffin was born in Germany and her wish for a more quiet and peaceful life brought her to rural Ireland in 1985. She became interested in meditation in her twenties. In 2012 she began visiting Sunyata Buddhist Centre and sitting retreats in the Thai Forest tradition at Sunyata as well as other centres. Heike has been helping at Sunyata in various roles since 2013, ie managing retreats, administration, and leading retreats. She joined the Board of Trustees in 2014.