Through the Listening Door, Echoes of Emptiness A series of three stand-alone sessions with Pádraig Cotter [online] 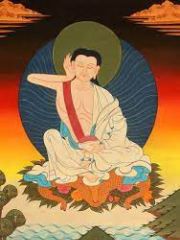 Every sound is sound and emptiness

In the reaches of sound and emptiness

Just let go and go where no mind goes

Who cares if all the music that transpires

is the fall of grit or dry seeds through a cactus?

through the ear of a raindrop. Listen now again.

This series of workshops will explore meditation as listening.

Each meeting is stand-alone.

By exploring a range of practices centred around listening we may come to realise the open, unfathomable, inconceivable nature of all experience, the inseparability of appearances and emptiness.

There will be particular emphasis on the practice of listening to the sound of silence, also called Nada Yoga or meditation on the sound current. We will explore ways of practising that encourage insight, serenity, and heart-qualities.

To help us in our exploration, we will draw inspiration from Ajahn Amaro’s booklet “Inner Listening- Meditation on the Sound of Silence”

(A condensed version can be found in this article)

Structure of session (subject to change):

Booking (by filling out the booking form) is required and a link to the zoom meeting will be sent to the online participants closer to the time.

This course is offered on a Dana (donation) basis only. Pádraig Cotter has been practicing meditation since 2001, practicing in various traditions, attending many retreats at centres and monasteries in Europe and Asia.  He has practiced within various spiritual traditions including Christianity, Advaita Vedanta, and different schools of Buddhism, all of which continue to influence him.  Since 2009, he has been a volunteer at Sunyata Buddhist Centre where he was manager in 2011-2012.  He began to teach retreats in 2016.